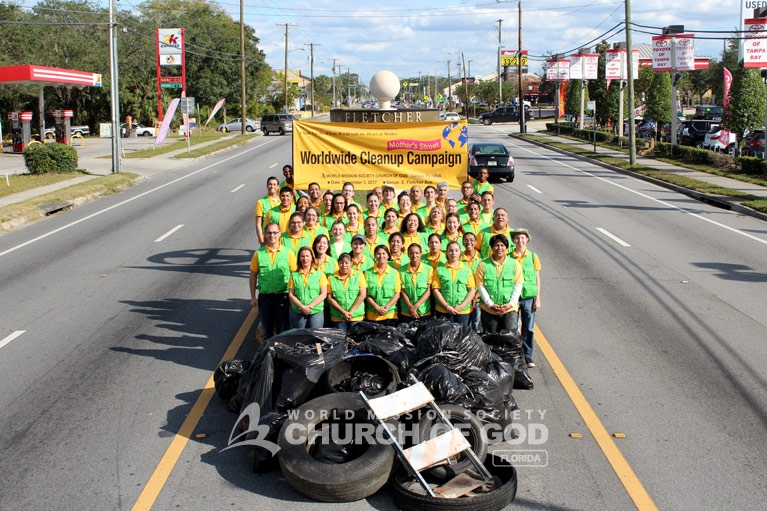 It’s not too much to say that a mother is the backbone of a family; she holds a home together. Her role is integral to a peaceful and orderly household. The source of this maternal love can be attributed to none other than God the Mother.

With the love of Heavenly Mother, volunteers from the World Mission Society Church decided to help their communities while spreading warmth and peace, reminiscent of a mother’s touch. To accomplish this, they initiated the “Mother’s Street” cleanup campaign.

Volunteers in about 175 countries and 6,000 regions carried out the movement in their own local communities. And the campaign took place over a two-week period—from November 19 to December 3. Church of God volunteers took to their own local streets and parks while promoting health and happiness among their neighbors. Additionally, they accomplished the collective goal of cleaning more 25,000 miles, just over the circumference of the earth.

Several U.S. states, such as New York, California, Connecticut, Hawaii, Nevada and Pennsylvania participated in the cleanup movement. In Florida, too, volunteers cleaned up various regions throughout the state. Churches of God in Jacksonville, Miami, Orlando and Tampa were among the participating locations. 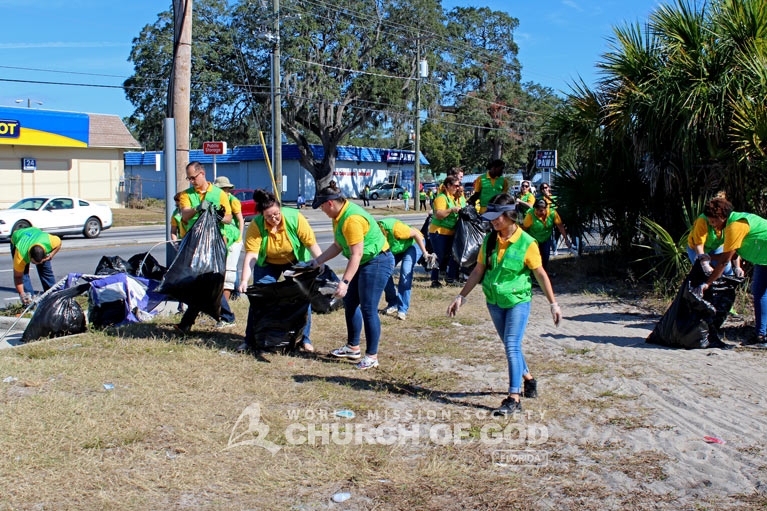 Volunteers moving bags of trash during the “Mother’s Street” cleanup in Tampa. 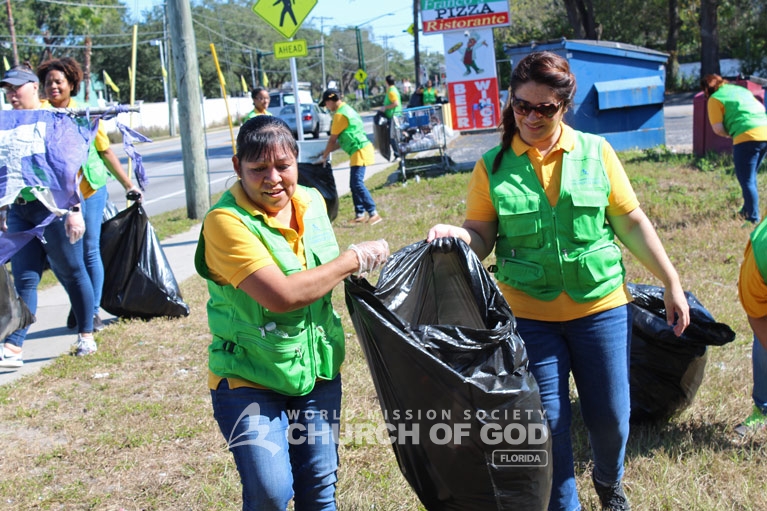 Church members sweeping the area near E Fletcher Ave as part of the “Mother’s Street” cleanup. 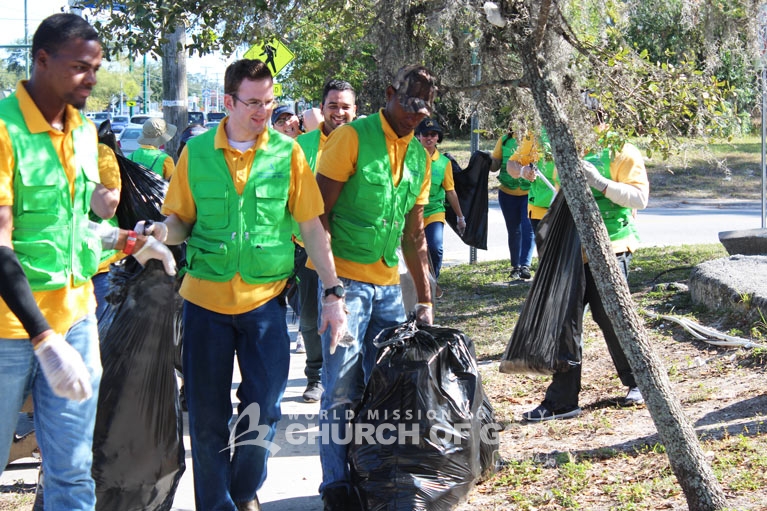 Members marched up and down the sidewalk with trash bags in hand, searching intently for trash. 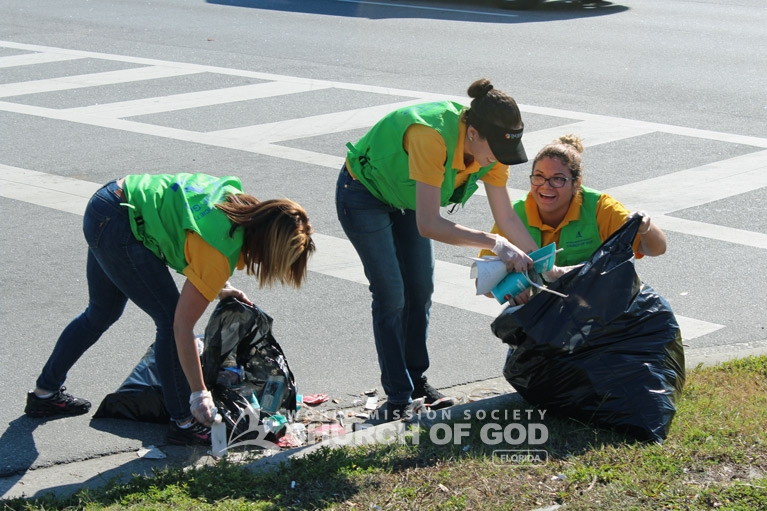 Group photo of Church of God members from Tampa with the trash they collected during the “Mother’s Street” cleanup campaign.

Volunteers from the Church of God flocked to E Fletcher Ave in Tampa to remove waste from the streets. The cleanup was a great success as the members cleaned 4.5 miles and filled 45 bags of trash that weighed 40 pounds each. They also collected large miscellaneous items that had been carelessly discarded. As the members cleaned the streets, Tampa residents beeped their horns out of appreciation for keeping the city clean.

In Orlando, 60 volunteers of all ages gathered together. Suited up in their yellow volunteer shirts and light green vests, they encouraged each other with a chant. “Let’s make all mankind happy with Mother’s love!” was the chant they echoed before they started the cleanup. Afterwards, they headed out in 4 teams to State Road 436 (Semoran Blvd.) in Winter Park, Florida.

From Bishop Park Drive to Hanging Moss Road, volunteers removed cans, bottles, paper, plastic, cigarette butts, metal, and even car parts. Emily Bonilla, Commissioner of District 5 in Orange County, visited the cleaning location. She praised the volunteer effort and gave thanks to Heavenly Mother for being the source of inspiration behind the movement.

In total, the Orlando volunteers cleaned 2.3 miles. Moreover, they collected 57 bags of trash weighing out at 1,425 pounds. The Church of God plans to continue to carry out cleanups like this four times a year through their partnership with the Florida Department of Transportation and its Adopt-a-Highway Program.

Check out “Mother’s Street” in the news!