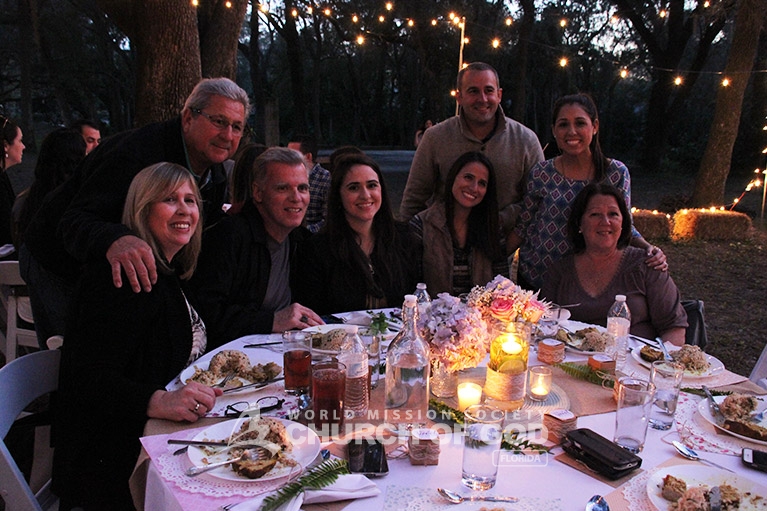 Time spent with the ones who love you the most is time well spent. The World Mission Society Church of God in Tampa showed just how important family time is by hosting a banquet for Church members and their families on Sunday, February 28, 2016.

As the sun began to set, families cozied up outside of the Church while listening to a live violin performance, which blended harmoniously with the peaceful sounds of nature in the background.

Some guests ventured inside and, to their surprise, discovered some of their own family photos, which the Church members had gathered, displayed along the walls. A funky and fun photo booth was set up to create new memories and add to their family photo albums. 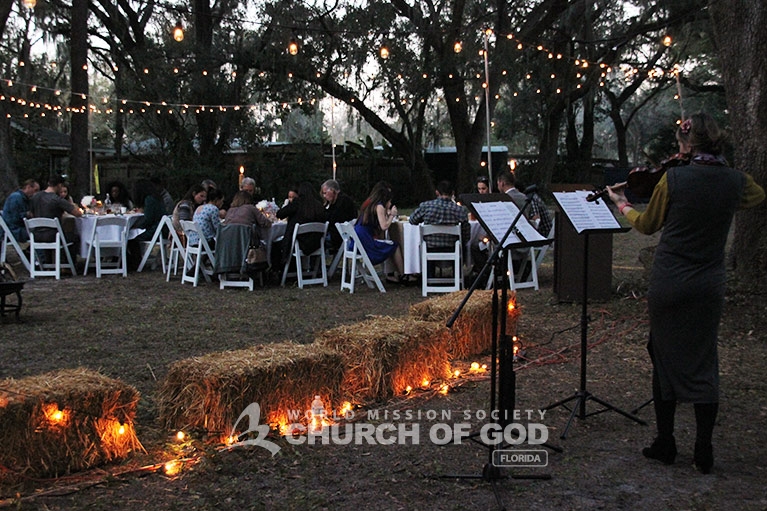 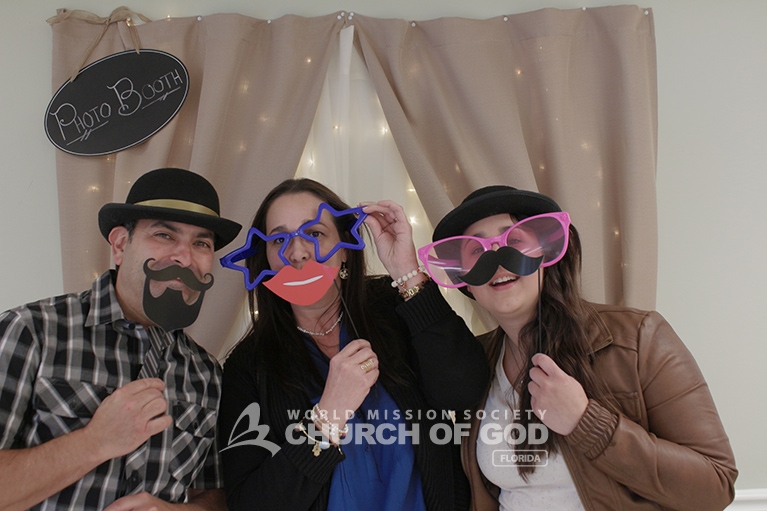 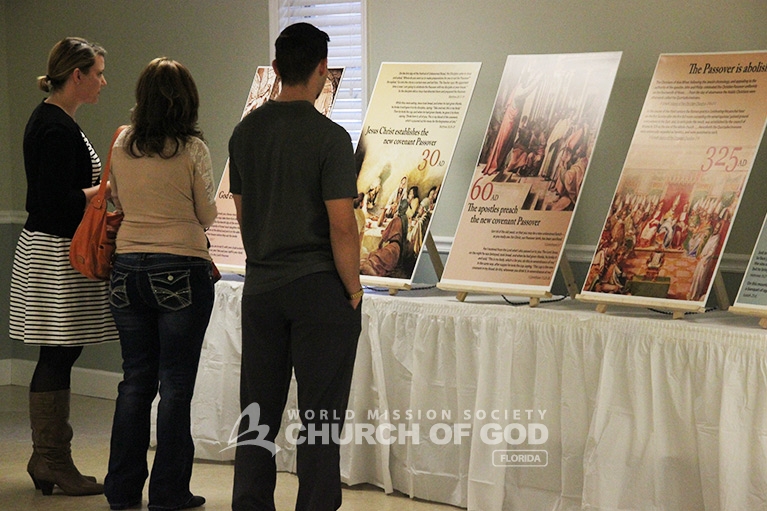 After reminiscing about past family events, guests were led to the dining room to enjoy a four-course meal—for starters, a variety of delectable hors d’oeuvres followed by a refreshing cranberry-pecan salad. The main course followed, a roasted pork loin with vegetables, concluding with a sweet homemade berry cobbler.

What was even sweeter than the berry cobbler were the performances prepared for the families following the dinner. One Church member performed a heartfelt solo, singing “A Song for Mama” by Boyz II Men, leaving his mother in tears. Another member read aloud a letter of thanks to her parents, letting them know how grateful she was to have been raised by such an exceptional family.

To celebrate an evening full of joy with family, mothers and sons joined together on the dance floor and shared a slow dance under the stars. Next up was the father and daughter dance. One father embraced his two daughters as they gripped tightly to his shoulders. And little did that father know the surprise in store for him. For his eldest daughter, the family banquet was the perfect opportunity to give her family the news that she was expecting.

“It felt so united, so welcoming and so friendly. I’ve been trying to find the right time to tell my family that I’m pregnant and it felt the right time was now,” Jessica said. “I told them just now that we’re having a baby so it’s a really special time for us.”

The sound of happiness and laughter echoed throughout the neighborhood as the night came to an end with family members rejoicing, and perhaps having become even more united after rediscovering their love and appreciation for each other.