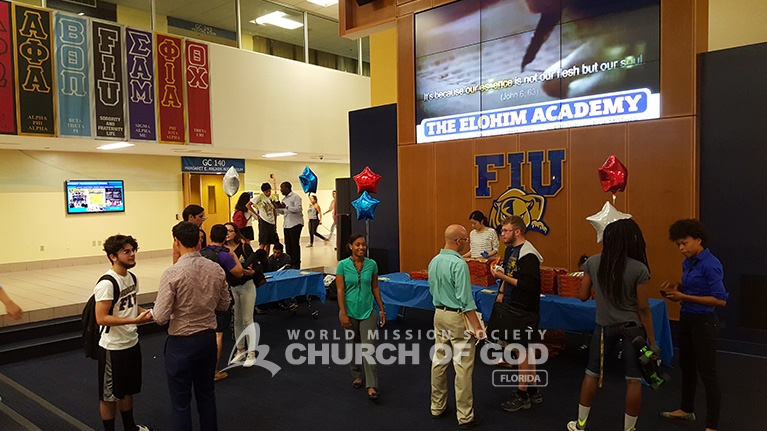 Miami is home to the Florida International University (FIU), one of the largest public universities in the United States. And some of the members of the Church of God in Miami, who are FIU students, also participate in an on-campus Bible study group called Elohim Academy.

On April 12, 2016, FIU hosted an involvement fair at the “Pit” at the Graham Center for Students. The FIU Pit is a gathering place and community center on campus where organizations carry out activities and engage the student body. Many other on-campus groups also showcased what they’re about at the fair. 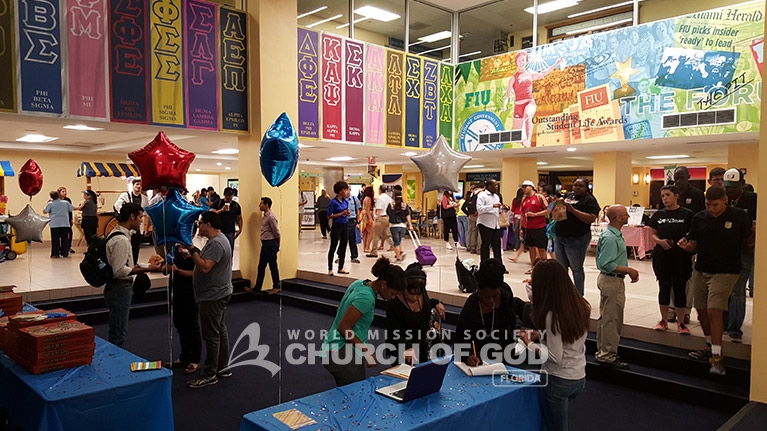 As it is a Bible study club, the Elohim Academy members played videos showing that both science and history prove the Bible to be fact. Regardless of nationality or religious background, more than 50 curious students stopped by the Elohim Academy stations to understand more about the Bible. Many even signed up for weekly studies with the Elohim Academy group.

“I didn’t expect to see science in the Bible, this was an excellent way to understand more about it,” said one sophomore.

Not only were they able to learn about biblical prophecies, but FIU students even enjoyed free pizza and gourmet coffee—a college student’s two favorite things. 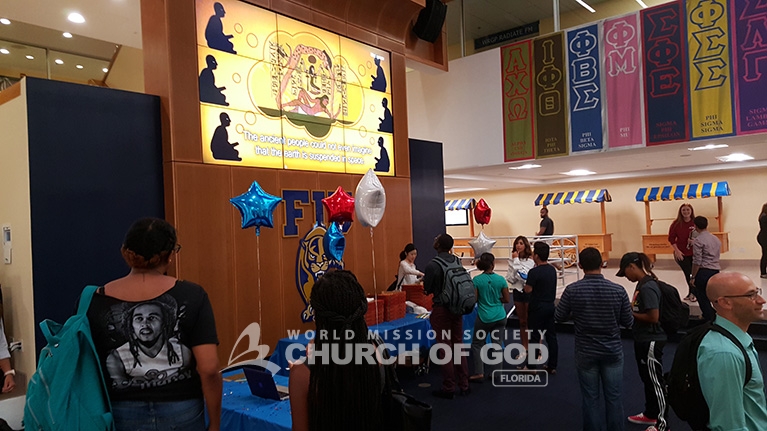 Despite everyone’s busy schedule at FIU, the fair and Elohim Academy’s station had a high turnout. The group is looking forward to encouraging even more students to explore not only the academic world but also the spiritual world.